In 1848, two years after The Republic of Texas joined the United States of America, the population of East Texas was growing as settlers came to start a new life in a new state. The towns of Marshall, Henderson, Nacogdoches, and San Augustine were well established. Those who had homesteaded in the area called Danville decided that they needed a church. Settlers C. W. Scott and Haden Edwards, who were responsible for much of the settling of Texas, each donated five acres of land in New Danville for a Presbyterian Church. Because Mr. Scott and S. S. Barnett were the only Presbyterian families in the area at that time, they asked families of other faiths to help erect a church so that there could be ecumenical preaching there. A log cabin was completed in 1849, and sermons were preached by Cumberland and Methodist ministers. On September 28, 1850, M. W. Staples, a Presbyterian minister passing through on his way from Marshall to Henderson preached a sermon and made an appointment to organize a Presbyterian Church later. Illness prevented Mr. Staple’s return; but a week later, the Reverend John May Becton, another minister passing through, made an appointment to organize the church on the first Sunday of October 1850. Because the Methodists were having a protracted meeting on that date the organization was postponed a day, and on the first Monday of October 1850, the Gum Spring Presbyterian Church was organized by Rev. Becton.

It was called the Gum Spring church because it was built near a spring with a large gum tree stuck in it. Membership in 1850: C. W. Scott; Allen Sloan; Thomas W. Templeton; Mrs. T. C. Barnett; Mrs. M. J. Scott; Meshack Barber; Mrs. Caroline Barber; Mrs. Elvira Templeton; Mrs. Elizabeth Sloan; and Mrs. Nancy Sloan. Mr. Sloan and Mr. Templeton were elected ruling elders. Mr. Templeton represented the church at Presbytery, meeting at Marshall, in January 1851. Before the War Between the States, a number of slaves were received as members. In December 1857, the church was consumed by fire and everything was lost. 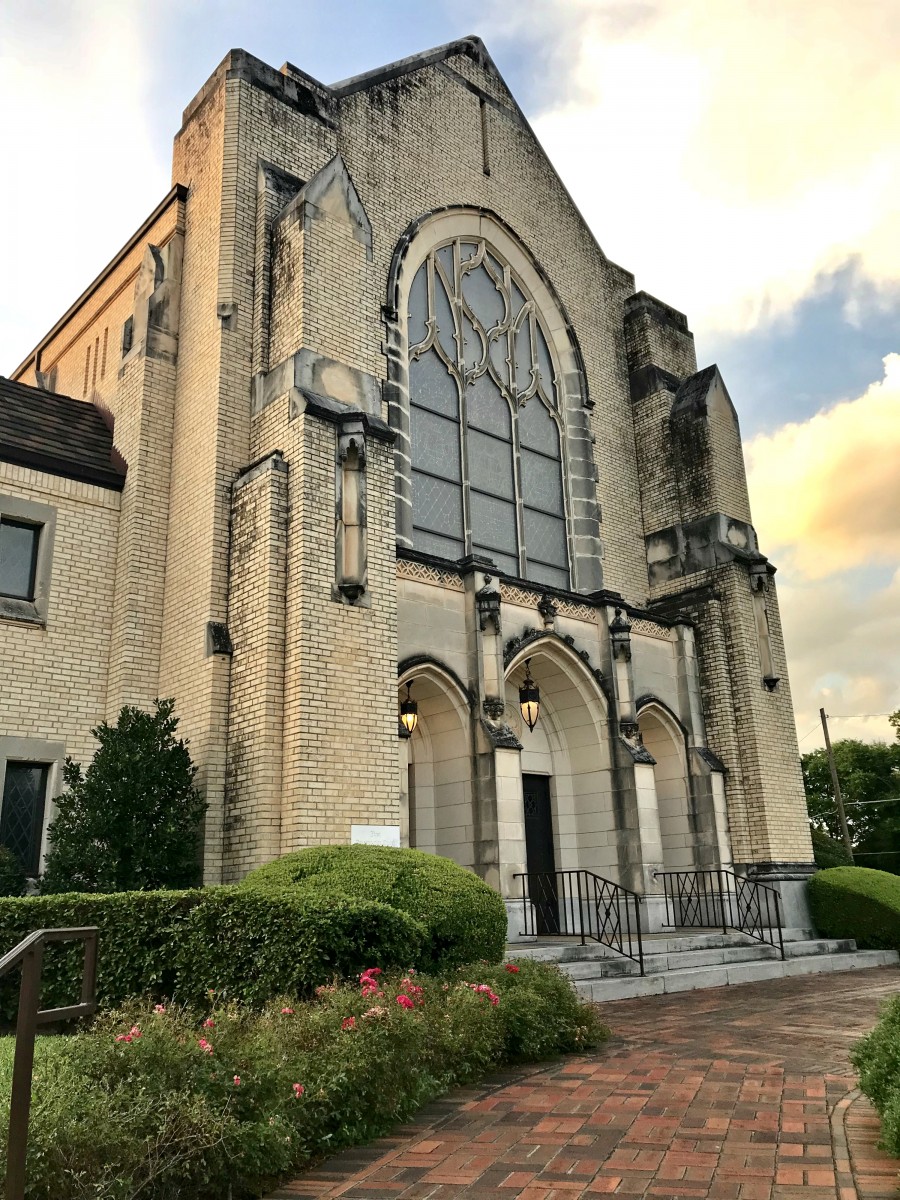 A new church was built and services were held there in 1858. It was called The Old School Presbyterian Church. This church was constructed near the old log church and stood until April 9, 1978, when it too was consumed by fire. Danville Masonic Lodge 101 was organized in the upper story and held meetings there for many years, as did the Woodmen of the World Lodge. The Danville Female Masonic Academy was chartered at the original Gum Spring location in 1854 and held classes at the new church from 1858-1874. It is now Lon Morris College at Jacksonville. A number of different denominations used the building for services while they were organizing a church.

The railroad was blasting its way across Texas by 1872 and the town site of Kilgore sprang up around it. The town was named for church member, Constantine Buckley Kilgore. By 1874, most of the New Danville population had followed the railroad so the church decided to move with the population. A new church was built on the corner of South and Rusk streets and the name was changed to the New Danville Presbyterian Church.

The pastor of twenty years, the Reverend Harry S. Davidson, resigned in the spring of 1931. Until this time we had shared a minister with Henderson and preaching would be held at a different church each week. At this time a full time minister was called, the Rev. Cecil Herbert Lang. Mr. Davidson was made Minister Emeritus. August 23, 1931, was an infamous day in Kilgore history. On that day, the Presbyterian, Methodist and Baptist churches all burned down. It was thought to be arson but the mystery was never solved. 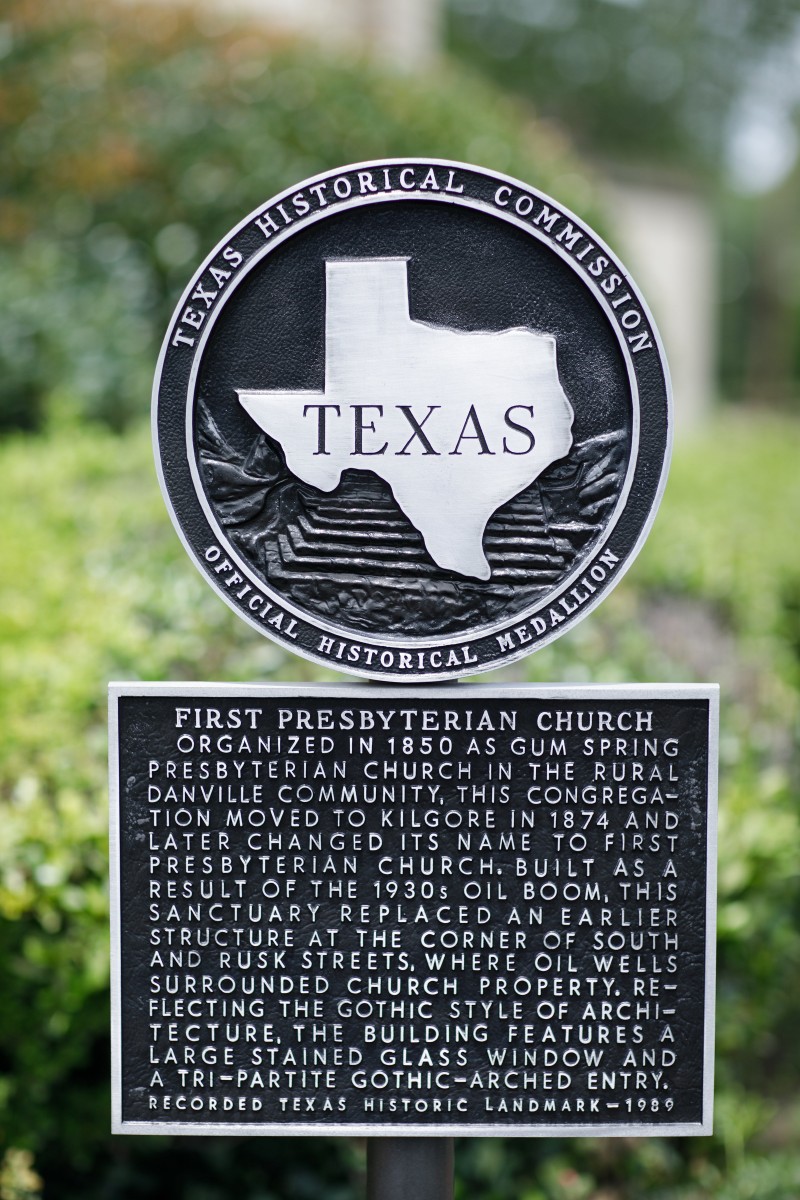 Services were held at City Hall until a new church could be built at the same location. On November 13, 1931, the first services were held and the building dedicated free of debt. In 1934, oil was discovered on the church property. In that same year the name was changed to First Presbyterian Church.

To drill the oil wells, the church had to be cut in two so the congregation decided to move to its present location at Main and Lawrence Streets. The stained glass windows were executed by the Jacoby Art Glass Company of St. Louis. Ground was broken on October 24, 1938 and the first services were held October 15, 1939. Another remarkable feature of the church is the organ in the main sanctuary. The organ is one of only two in Texas signed by G. Donald Harrison. At the time Mr. Harrison was president and tonal director of the Aeolian - Skinner Organ Company of Boston. He also supervised the enlarging and rebuilding of the instrument in 1949. Other additions to our church include the Rosa Mae Griffin Fellowship Hall, and Meditation Garden in 1969; the changing of the old fellowship hall into the chapel it was originally planned to be in 1983; and the addition of a porte cochère on the south side of the sanctuary in 1992. 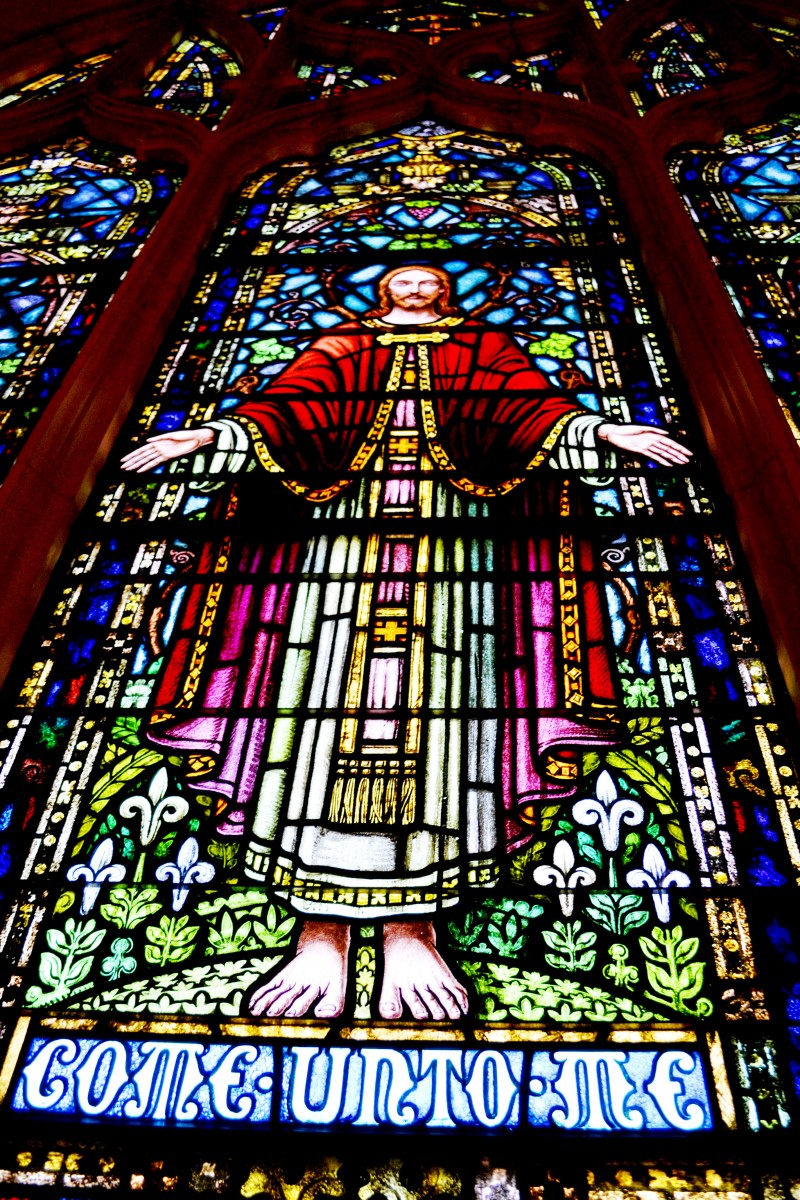