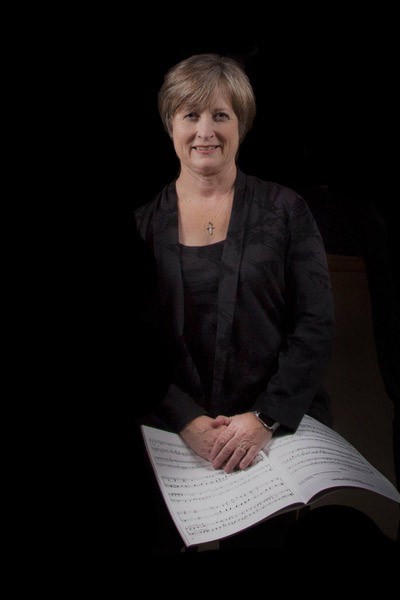 Gala Eubank Strunk grew up in Kilgore. She studied piano from Mrs. Rilda Bee Cliburn and Mrs. Ann Turk. Organ studies were with James Culp, Joyce Farrow and Dr. Robert Mann. After graduating magna cum laude from Stephen F. Austin State University with a Bachelor of Fine Arts degree in music, Gala taught choral music in the public school system. In 1988, she accepted the full time position of Music Director/Organist at First Christian Church, Longview. During this time she completed a four-year program at Perkins Theological School (SMU) in Church Music. Gala received her ministerial license from the Christian Church (Disciples of Christ) in 1993 and became Minister of Music/Organist before retiring after 40 years of service.

Under her direction, the Music Department at First Christian expanded to include numerous instrumental ensembles, as well as vocal choirs and handbell choirs open to children, youth, and adults. In addition, she has served on the Christian Youth Foundation Council for the Northeast Area of the Christian Church in the Southwest. She has also been invited to lead worship and teach workshops at the area and regional assemblies. She was honored as the Northeast Area Licensed Minister of the Year. Affiliations include Association of Disciple Musicians, Church Music Institute, American Guild of English Handbell Ringers, Choristers Guild, American Guild of Organists, Phi Kappa Lambda.

Gala is married to Dr. George Strunk. Together they have four children, 10 grandchildren, and one great-grandchild. They enjoy a relaxed life together at the lake.